“‘This Bloody Blundering Business’ examines the history of American intervention in the Philippines following the Spanish American War. A silent movie format with lively ragtime piano music is combined with a dramatically understated narration and excerpts from `newsreels’ of the period to reveal the nature of American attitudes toward Third World peoples and cultures.

Join Anakbayan as we celebrate Philippine Solidarity Week, marking the anniversary of the Philippine-American War.

Learn more about the Philippine-American War of 1899, Continued US Military Presence in the Philippines, and the Enduring People’s Movement for Genuine Independence with special guest speakers.

*If your organization would like to co-sponsor this event, please email us at anakbayan.nynj@gmail.com ASAP. Thank you!

Survivors and Families of the victims of the Grand Isle Shipyard (GIS) speaks out to fight for truth and justice for over 70 GIS Filipino workers.

Three Filipino workers killed while three more are severely injured in Black Elk explosion on november 16, 2012. Over 70 Filipino Workers filed a class action for violation of FLSA, discrimination, trafficking, slavery, wage theft and fraud against the Grand Isle Shipyard (GIS). GIS is a US company based in Louisiana supplying labor to oil companies in the Gulf of Mexico and recruited Filipino welders, pipefitters, and scaffolders to work on its various projects in the Gulf.

A few of the survivors who filed complaints, families of the victims of the Black Elk explosion and community

advocates will speak at a press conference at the Bayanihan Community Center on january 16, 2013 at 12pm. They will speak about their experiences, raise awareness about the case and encourage other victims and survivors to join the campaign for justice for the GIS Filipino workers.

This event is sponsored by the Philippine Forum and all its allied organizations who joined task force for the Justice for the GIS Filipino workers campaign.

Party for a cause. ( see event page here)

Typhoon Pablo devastated several provinces in Mindanao, affecting more than 5 million Filipinos. The death toll is now at 640 with nearly 900 still missing. In an effort to send as much help as we can, proceeds from this event will go directly to BALSA-Mindanao, a grassroots relief and rehabilitation effort serving communities that needs it the most.

JOIN US in a Duo Celebration of our Unity in Bringing Relief after Typhoon Pablo & the End of your Semester! Be a part of Anakbayan’s 1st Official Club Event!

PARTYING FOR RELIEF &&& CHUCKING THE BOOKS (for at least the year)?! CAN IT GET ANY BETTER?

Did we mention that 55% of ALL proceeds will be donated? The more the merrier!

Find out how your organization can co-sponsor, please contact us at anakbayan.nynj@gmail.com

For more details on efforts to raise funds for relief work in the Philippines, check outhttp://nafconusa.org/?p=584

Join us in commemorating International Migrants’ Day in December!

Anakbayan NJ, in cooperation with the Student Government Organization (SGO) at New Jersey City University and the New Jersey Dream Act Coalition (NJDAC), aims to shed light on the struggles of immigrant youth (undocumented or not). This forum will explore young people’s migrant experiences and their fight to gain access to social services, especially their right to education.

Assembly Bill (AB) 1659, or the NJ In-State Tuition Campaign, was

first introduced ten years ago. If approved, this legislation would allow undocumented students, who can prove residence in NJ for at least 12 months prior to enrollment, to pay the in-state tuition rate instead of the international student rate, which is two to three times the in-state rate. Find out more about the Tuition Equity Campaign and how you can be part of making history by coming to this event.

For more information, email us at anakbayan.nynj@gmail.com

On Dec. 18, the world will be observing International Migrants’ Day. We will be celebrating it by understanding our own people’s migration story, the story of the balikbayan. “Balikbayan” means literally to return to one’s country. It’s used to refer to overseas/migrant Filipinos.

*light refreshments and snacks will be provided

For more information contact Ren Carandang at 973.296.9973 or email us at anakbayan.nynj@gmail.com

Established in 2005, Anakbayan New York and Anakbayan New Jersey are proud to mark another year of serving our communities and contributing to the Filipino youth and student movement in the United States.

Come through as we celebrate the progress that we made in the past year, and our vision to move forward into the next.

Also, join us as we honor the legacy of Filipino revolutionary, Andres Bonifacio, who is alive in our enduring struggle for a society that is genuinely free and truly serves the people.

* Take the B or D train to Grand St

RSVP here
Also, come to our AFTER PARTY, click here

International League of Peoples Struggle
North East General Meeting
and Information Session
November 4, 2012
2:00-5:00pm
at the
International Action Center
55 W17th St., NY, NY
(2,3,F,L,N,Q,R,4,5,6)
Please join us in a reportback from the founding assembly of the US Chapter of the International League of Peoples Struggle.  Welcome our newest members of the ILPS, learn more about the ILPS through an orientation and remarks from the Chair.  Enjoy a cultural presentation and reportbacks on the recent events that the ILPS had participated in, such as the RNC, DNC, Venezuelan elections, and educational discussions on the TPPA.  For more information on the ILPS, visit ILPS.info and we hope to see you on November 4. 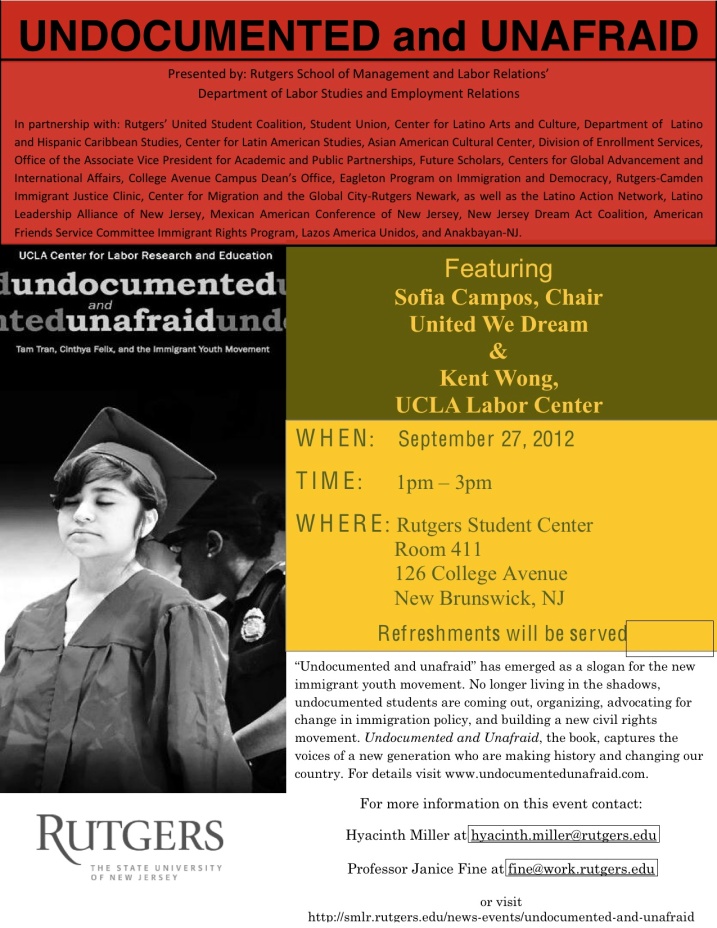 “Undocumented and Unafraid: Tam Tran, Cinthya Felix, and the Immigrant Youth Movement” is a new book was written by and about undocumented immigrant students. The book features the voices of immigrant youth leaders throughout the country who have waged a courageous campaign to secure passage of the federal Dream Act.  It features two leaders of this movement, Tam Tran and Cinthya Felix, who were tragically killed in a car accident in May 2010.  Both were UCLA alumni who went on to prestigious graduate schools and both played a pivotal role in the immigrant youth movement.

The book event will also provide an update on the recent decision by the Obama Administration to stop the deportation of Dream Act eligible students and to grant them work authorization.  This change in policy will potentially impact more than one million immigrant youth, and represents the most significant change in immigration policy in 26 years.  This event will feature leaders of the immigrant youth movement who helped to secure this victory.

The book event will feature UCLA Labor Center director Kent Wong, student authors and editors of the book, and short video clips capturing the spirit and power of the immigrant youth movement.

With the growing number of incidents of police brutality in New York, it is a must that we take care of each other and watch each others backs. So come thru this free training that aims to empower ourselves and our communities against state-sponsored repression and police abuse. 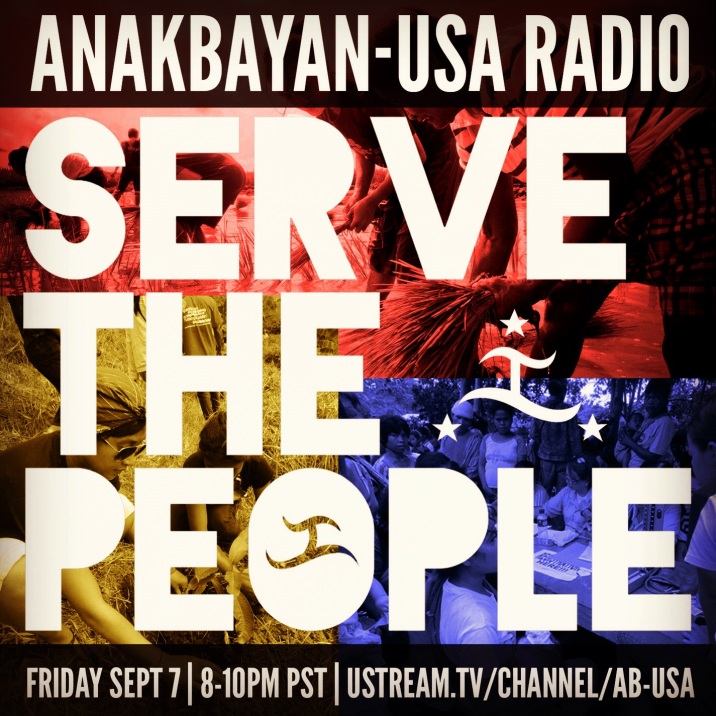